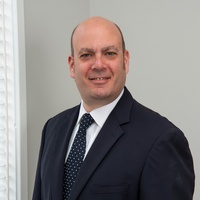 Before creating SGI Wealth Management, Scott worked as a financial advisor at Edward Jones. He began his career working out of the Moorestown, New Jersey office. In January 2008, Scott opened the Collingswood branch. While there, he grew the assets under management in excess of $20 million dollars. Just prior to leaving the firm, the Collingswood branch office earned the honor of being in the top 1% in Client Service Excellence in the entire firm.

Scott began his professional career working for five years as a financial analyst for IBM in 2001. His advanced education was completed at Florida State University, where he earned his Bachelor of Science degree in Finance and Real Estate.

Scott is an active member in the Collingswood Rotary Club, where has held many leadership positions, including being the club's president in 2012 and 2017.

In Scott's free time, he enjoys sailing, going on bike rides, and spending time with his family and friends. Scott grew up in Linwood, NJ and now resides close to his office with his wife and their daughter and son.